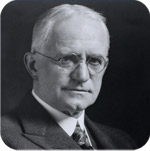 Founded in 1915, CGR has been delivering expert support to the public, nonprofit and private sectors for a century. Originally, we were incorporated as the Rochester (NY) Bureau of Municipal Research, and were established by founder George Eastman with a mandate to “get things done for the community” we call home. Although our passion for delivering promising solutions has never changed, both the geographic area and clients we serve have broadened dramatically. Today we have a national reach and can be found working with a diverse range of agencies, organizations and communities.

In an arena served almost exclusively by for-profit consultancies, CGR stands apart. Since our founding, we have operated as a 501(c)(3) nonprofit organization, a status that insulates us from political bias and holds us accountable to our clients’ true shareholders – the communities they serve – positioning them as more desirable places to live and work.

Just like our clients, we’re in the business of making a difference. 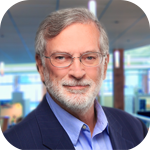 Dr. Donald Pryor is a former CGR director who led the health and human services practice area at CGR for over 30 years. In 2021, Dr. Pryor transitioned to a strategic partner role.

Dr. Pryor’s areas of expertise include public safety, criminal justice, human services, nursing home governance and operations, and government management. His analysis of dozens of local governments and operations across a wide variety of service areas led to improved services and millions of dollars in direct savings to taxpayers. Dr. Pryor led the establishment of community indicators and human service analysis at CGR and pioneered the integration of secondary data, stakeholder input into practical, actionable recommendations for governments and other clients. 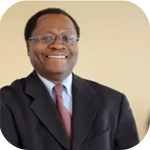 Clay Osborne is President of True Insights Consulting, A leadership coaching, organization effectiveness and diversity, equity, and inclusion (DE&I) consulting firm located in Rochester, NY. After more than 25 years in the corporate, education, and government sectors, Mr. Osborne brings a rich mix of senior corporate leadership and academic wisdom to his coaching and consulting practice. He is recognized for his talents & achievements in leadership coaching, diversity, equity and inclusion practice, and organizational effectiveness.

Before creating his consulting practice, Mr. Osborne was a Vice President for Human Resources and Talent Management for Bausch + Lomb Inc., a global health & eye care company. Prior to that, he served as the company's Chief Diversity Officer. During his leadership at that role, Bausch + Lomb (B+L) earned recognition as one of the top 50 companies in the nation for its diversity practices five years in a row by Diversity Inc magazine. In addition, the Diversity Journal recognized the company for its "Best Innovation in Diversity" award. Mr. Osborne has also served in positions of significant responsibility, including positions as the Monroe County Deputy County Executive for Operations and Regional Director for the New York State Division for Youth, where he led the implementation of NY State Juvenile Justice strategy for its upstate NY counties. 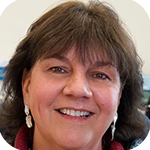 Since 2007, Ms. Dwyer has also been employed part-time as an adjunct Associate Professor at Pace University, her alma mater. She lectures on the graduate level, specializing in courses such as Intergovernmental Relations, Organizational Theory, Municipal Management and Public Administration. Ms. Dwyer was appointed to serve on Pace University’s Dyson Board of Advisors in 2012 and remains active on that Board.
On January 1, 2018, Ms. Dwyer was appointed to a four-year term as Executive Director of the New York State City/County Management Association (NYSCMA). The Association provides educational and professional support to municipal managers and their affiliated communities throughout the State of New York.

Ms. Dwyer earned a B.A. in Sociology and a Masters in Accounting and Public Administration at Pace University. 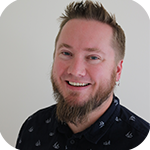 Kevin Smithwick has been a successful commercial full-stack application developer and architect for over two decades, with a broad background in application development and scalable structures. He has worked closely with CGR to design and build Community Profiles websites and other web-based projects. Mr. Smithwick’s work has been featured at Amazon Web Services (AWS) Conferences, and his standards have been adopted and used by a number of businesses.

Mr. Smithwick first started developing with Visual Basic 6 in 1995. Since then, he has moved to web-based development primarily with PHP and SQL databases, and has been a professional full-stack developer for the past 20 years. He has built many custom frameworks and worked in many popular public ones like Laravel, CodeIgniter, and Zend. In recent years, he has been creating state-of-the-art, easy to use, user-friendly websites and applications as well as mobile app development using API’s built in Node.js. 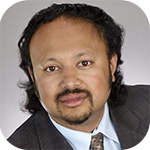 Anirban is Chairman & CEO of Sage, an economic and policy consulting firm in Baltimore, Maryland that he founded in 2004. Mr. Basu is among the most recognizable economists, in part because of his consulting work on behalf of numerous clients, including prominent developers, bankers, brokerage houses, energy suppliers, law firms and business associations.

Mr. Basu has written several high-profile economic development strategies on behalf of government agencies and non-profit organizations, including co-authoring economic development strategies for Baltimore City and Baltimore County, Maryland. Among other things, Anirban serves as the chief economist to Associated Builders and Contractors (national) and as chief economic advisor to the Construction Financial Management Association.

In recent years, he has also focused upon health economics, the economics of education and economic development. He currently lectures at Johns Hopkins University in global strategy. In 2007 and then again in 2016, Mr. Basu was selected by the Daily Record newspaper as one of Maryland’s 50 most influential people. The Baltimore Business Journal named him one of the region’s 20 most powerful business leaders in 2010. Over time, Mr. Basu has had occasion to serve on many boards, including the boards of First Mariner Bank, the Baltimore School for the Arts, the Baltimore City Public School System, and Union Memorial Hospital. He is presently chairman of the Maryland Economic Development Commission and the Baltimore County Economic Advisory Committee. He was recently appointed to the University System of Maryland Foundation Board and is also on the Board of the Archdiocese of Baltimore School System and the Lyric Opera House. Mr. Basu earned his B.S. in Foreign Service at Georgetown University in 1990. He earned his Master’s in Public Policy from Harvard University’s John F. Kennedy School of Government, and his Master’s in Economics from the University of Maryland, College Park. His Juris Doctor was earned at the University of Maryland School of Law in 2003. His doctoral work in health economics has taken place at UMBC.